We entered the extravagant Millennium Biltmore Hotel, ready to conquer The Night Of The Gods Metropolitan Fashion Week, Men’s Fashion Show. We rushed to check in and find the entrance for the venue which was conveniently around the corner. The red carpet and crowds of people gave it away. We knew we were in the right place.

We were there as press for Modern LaLa Land TV and our blog SoHG.

Shortly after checking in, we received wristbands from Patricia, a kind woman working the table who put a wristband on the side for our family member, Muwira, who was on her way.

As the red carpet crowded, we found it best to enter the show, secure the seating arrangements (If there were any, because we were press) and take over the red carpet at a later time.

We entered the Crystal Ballroom. Though the invitation announced that the fashion shows would take place in the Emerald ballroom- two doors down. It didn’t change the mood or make a grand difference, nor were we displeased. The architecture mimicked the Victorian era as paintings of angels, people, birds and clouds dressed the walls, pillars and ceiling. The paintings were complimented with a chandelier standing as the centerpiece. Miniature candle lit versions of chandeliers protruded on the second floor of the venue, between the balconies. It felt as if inspired by a scene out of Disney’s, Beauty and the Beast.

Next on our agenda, was our placement. Due to some confusion as to where the press was allowed to be, and can’t be- we split up. Ariana stood on the balcony of the second floor getting a top view of the  entire ballroom. Taia and I stood at the foot of the runway with the videographers ready to get up close and personal. Sa’Nefer shortly met up with Muwira and enjoyed the fashion show from the perfectly organized seats on each side of the runway. The setting was perfect.

We anticipated the fashion shows to begin. We looked forward for it to be raining men. After all, it is a men’s fashion show!

The show began with the introduction of the first designer, Giovanni Testi. Giovanni Testi described his self titled brand as a fashion forward formal men’s brand based out in LA. He shared his excitement around showcasing his “Spring collection of timeless pieces” and also went on to thank everyone who attended for their support.

To our surprise, the fashion show was opened, by a woman! A model strutted slowly down the runway wearing a black and gold striped gown with elongated train. The most extravagant piece to her look was not her dress, but her headdress. Atop of her head was gold headdress of snakes, imitating Medusa- catching everyone’s attention as if turning them to stone. We later discovered that the designer behind her gown and headdress was not Giovanni Testi, but costume/ fashion designer and sculptor Inoe Vargas.

Shortly after the show stopping moment, the men of Giovanni Testi graced the stage. The collection was perfectly in time for the coming Easter Sunday as the models walked in form fitting suits varying in blues, pinks, burgundy’s, greens and of course the traditional black and grey’s. As the collection progressed the main focus turned to the ornately floral printed and shiny suit jackets paired with solid colored pants. As some jackets buttoned, others offered a more relaxed option with zippers. The majority of the looks were completed with bow ties and a color coordinated pocket handkerchief. My favorite addition to the other looks were the flowers selectively pinned to some lapels. 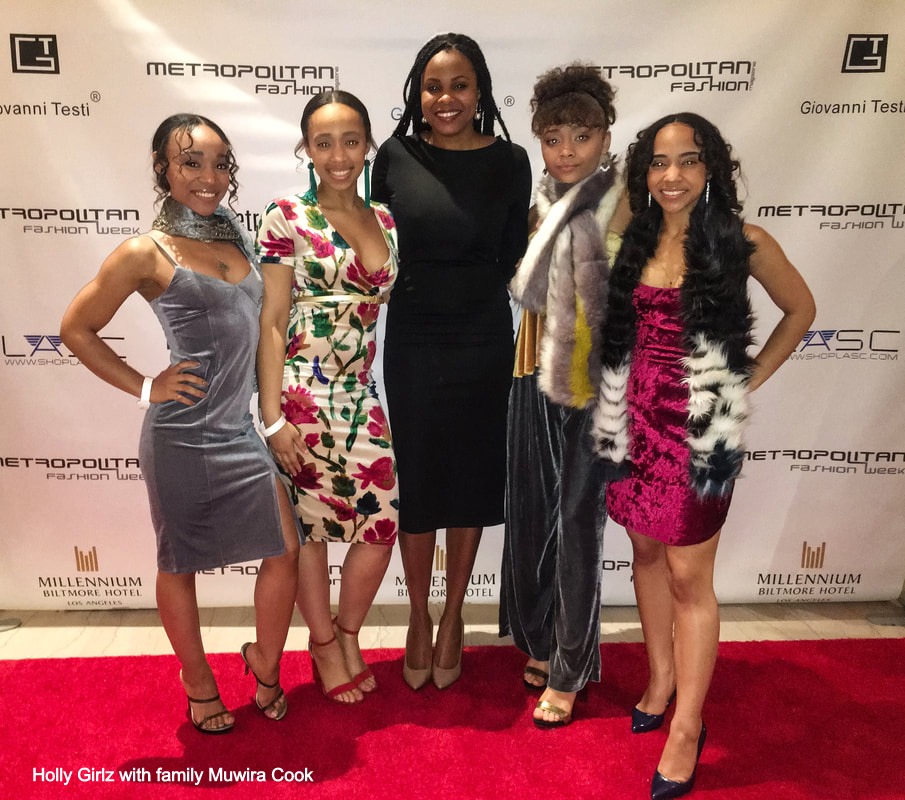 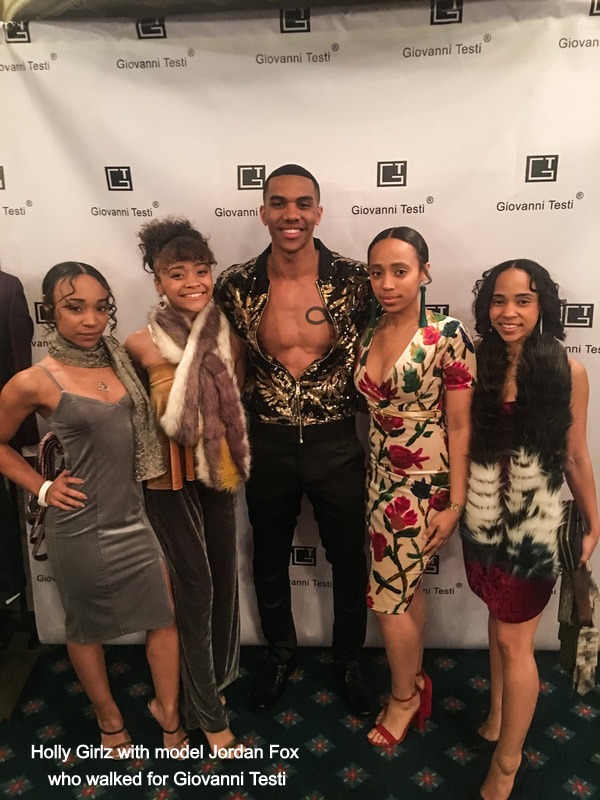 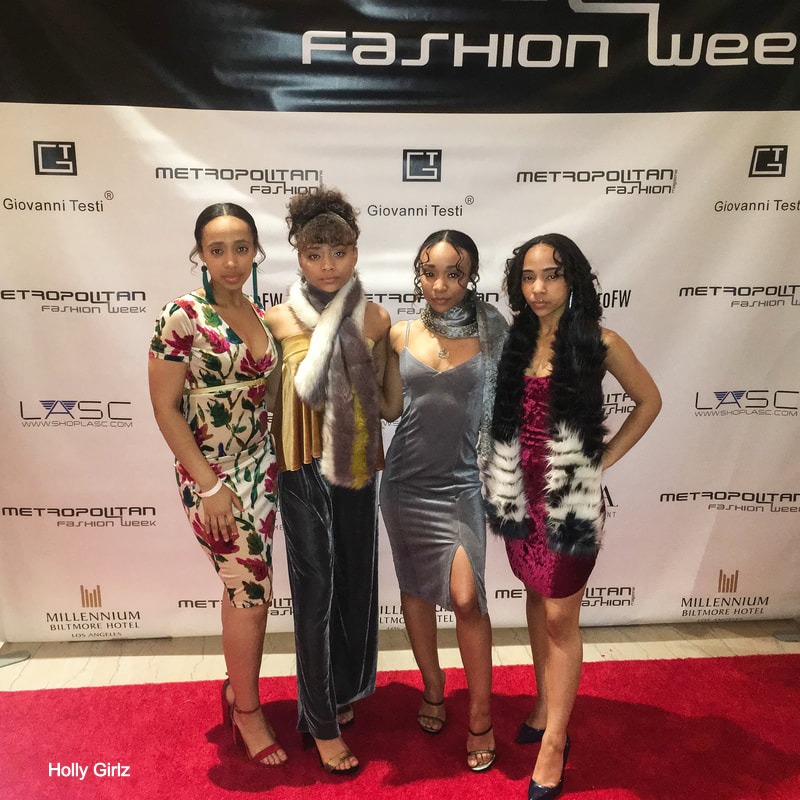 After the young models finished up, the hosts for the evening were introduced. The president of Metropolitan Fashion Week, Eduardo Khawam and America’s Next Top Model Contestant Ava Capra walked the runway and talked to the crowd of people on both sides. Eduardo briefly spoke about his dream to have the fashion shows at the Millennium Biltmore Hotel finally becoming a reality- urging everyone to follow their dream! He followed his statement with historic information about the hotel hosting the Oscars, in the same year that the iconic song “When You Wish Upon A Star” won an Academy Award.

The hosts showed love to Generation Digital and used that moment to introduce the cutest young boys who modeled the kids collection, offered by Giovanni Testi. They all looked like miniature versions of the male designs except the suits stayed within a controlled color range of blacks, burgundy, dark blue and gray.

The kids collection was followed by Ready To Wear options from the older male models. The collection was simple. Blue and black jeans were paired with t-shirts that fit comfortably around the waist and tight around the upper chest, arms and neck. The shirts stayed within the color scheme of dark green, blue, and charcoal. Each look was paired with simple sneakers.

Next to the stage was one of the founders, Mike McGinley of ShopLASC. Mike spoke about the inspiration behind the 2018 swimwear collection after referring to his tan, still visible from his trip to Puerto Rico. ShopLASC is one of the largest men’s clothing stores in the city of Los Angeles and was a highlight of the night. Everyone had their phones out, ready to see the models and sit in awe of their bodies.

ShopLASC brought the Caribbean to Metropolitan Fashion Week as “El Hacha Macizón” by Tambor Urbano played in the background.  The models did not disappoint. One by one they playfully walked the runway, some danced as others  smiled and basked in their glory. The low cut swimsuits varied in prints and covered no more than the middle of the thigh (in some cases). A couple of suits dazzled and shined as other speedo designs rested in vibrant solid colors, like coral and ocean blue. The swimwear collection left everyone in praise.

The night closed with an award ceremony that recognized three of the models (out of the many) who walked the runway. The winners of the night were Robert Zoppo, the new face of Metropolitan Fashion Week, AleMarino for Giovanni Testi and Kev Twosaints for ShopLASC. The models were applauded and walked the runway after their individual titles were given.

As the night ended we enjoyed ourselves by recognizing and chatting it up with familiar faces, making new friends, and posing on the red carpet.

The highlight of our night was meeting host and model, Ava Capra in the the women’s bathroom! ( I know, I know. Random.) After meeting her and shortly informing her that we are also a girl group of sisters she asked for us to sing on her IG Live Feed! The moment, for us was magical. She gave us words of encouragement and ended our night off with a bang. 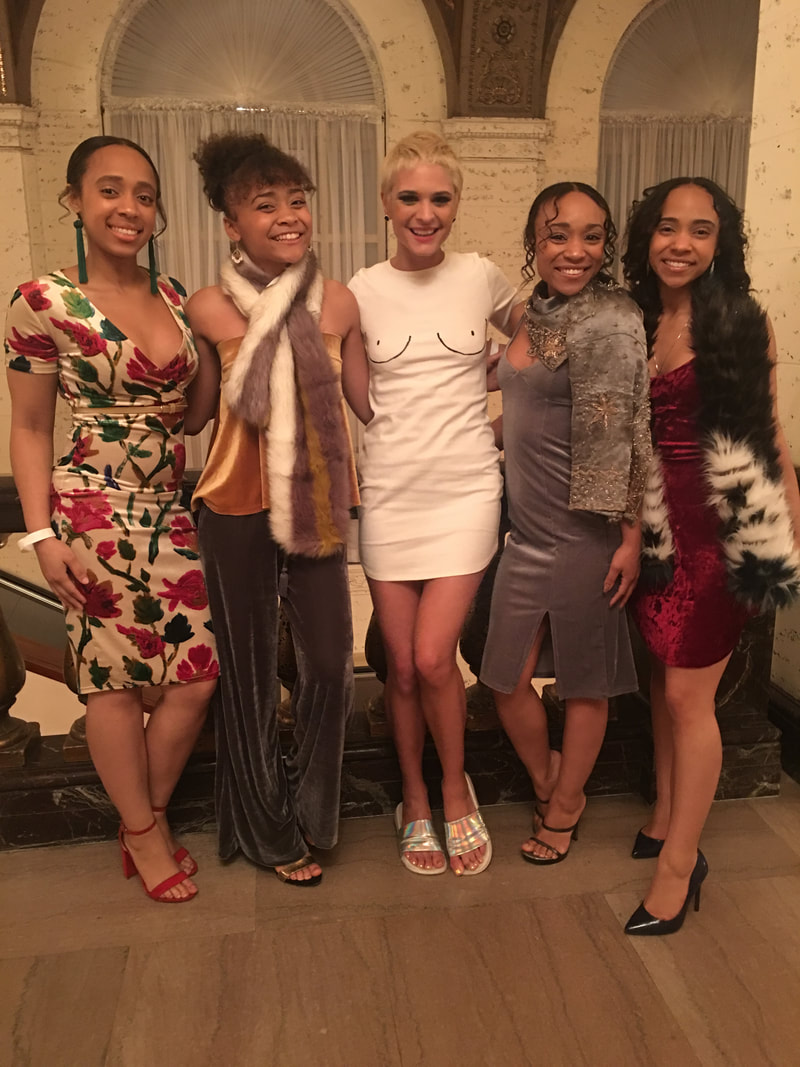 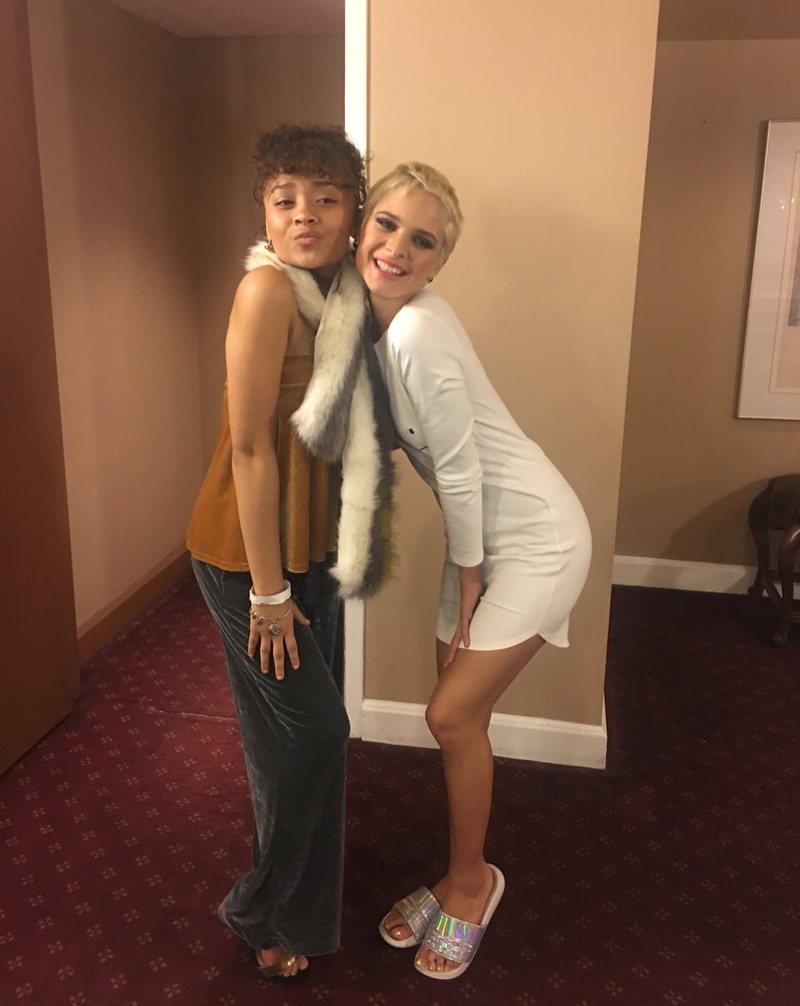 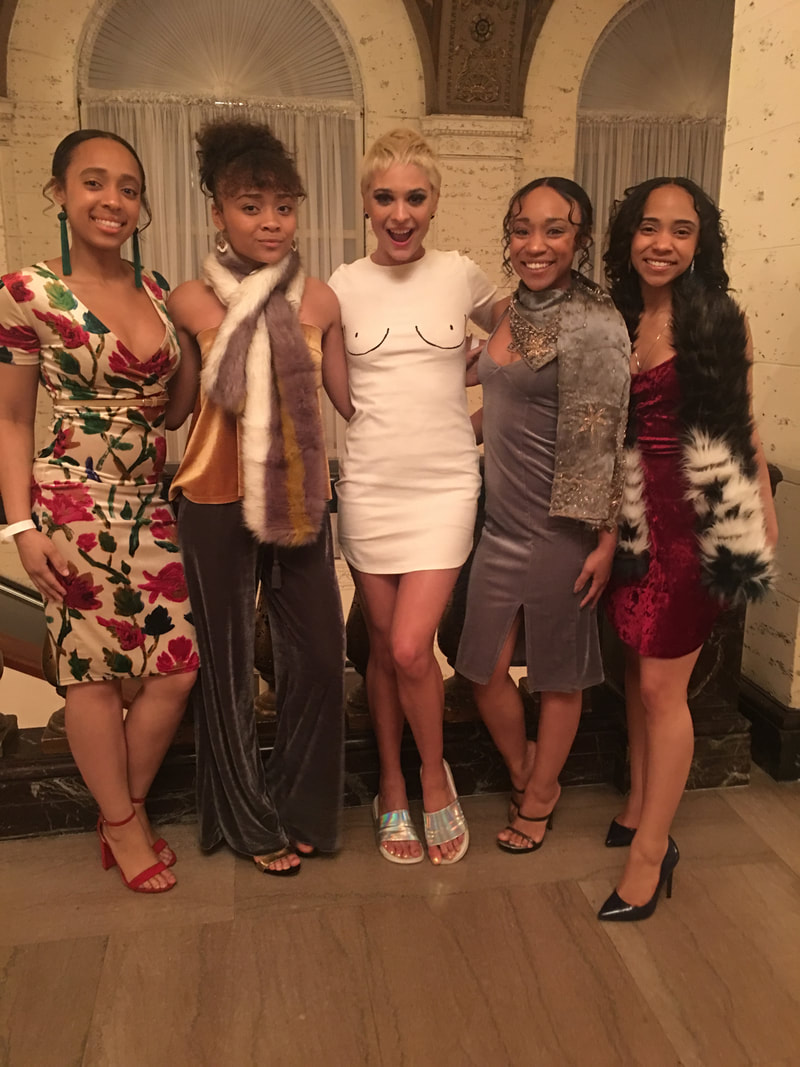 Holly Girlz with Ava Capra of America's Next Top Model.

Overall, our experience at Metropolitan Fashion Week was exceptional.

Thank you to LaLa of Modern LaLa Land Creative Services and Vano of Metropolitan Fashion Week for having us!

#LAFW SS20: The Night Of Nights